The idea that consulting services should strive to go beyond the normal approach.

The aim of assembling a highly skilled team of biologists, entomologists and archaeologists.

The goal of completing quality projects in an efficient and cost effective manner.

Apogee biologists have extensive experience dealing with Client’s permit issues related to the endangered bats of the eastern United States. Since 2003, Apogee has grown and maintained a substantial bat program that has conducted hundreds of bat projects across the United States, ranging from a single site to over 500 miles of linear project across multiple states.

At the moment, the United States Fish and Wildlife office, USFWS, provides a list of endangered and threatened bats based on their home ranges. Always conduct an USFWS Information for Planning and Consultation search (IPAC) of your proposed project area to get an early understanding of potentially affected endangered and or threatened species you may encounter. https://ecos.fws.gov/ipac/

Here are the six most common: 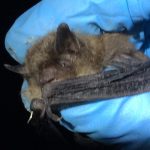 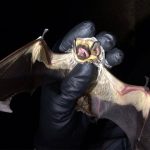 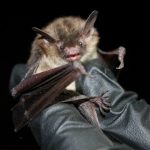 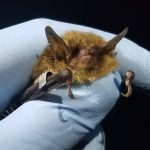 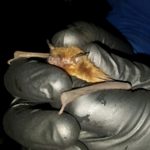 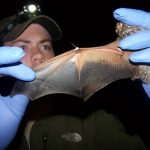 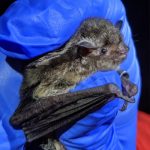 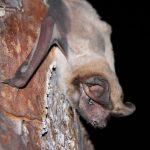 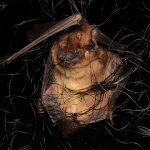 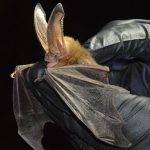 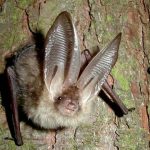 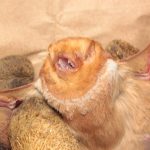 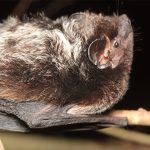 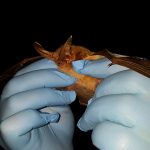 Due to dwindling numbers from the White Nose Syndrome and habitat loss, this list of endangered bats is expected to increase in the coming years to protect these incredibly useful but susceptible flying mammals. White Nose Syndrome is an insidious fungal illness originating from Europe that has killed over a million bats across the nation since 2006! The USFWS now demands Decontamination Protocol for all bat surveys where permitted biologists will be handling bats in an effort to minimize the spread of this devastating illness.

Depending on your project’s needs, Apogee biologists provide expertise and services to aid in your permit requirements, such as Desktop Reviews for Project Planning, Habitat Conservation Plans, Biological Assessments and USFWS Agency Coordination.

If it comes to fieldwork, Apogee biologists can provide;

The USFWS provide strict guidance on the level of efforts on your permit requirement within the Indiana bat range, based on the type of project (linear or areal in nature), the size of the impact (in km or acres) and where it falls on the habitat range. 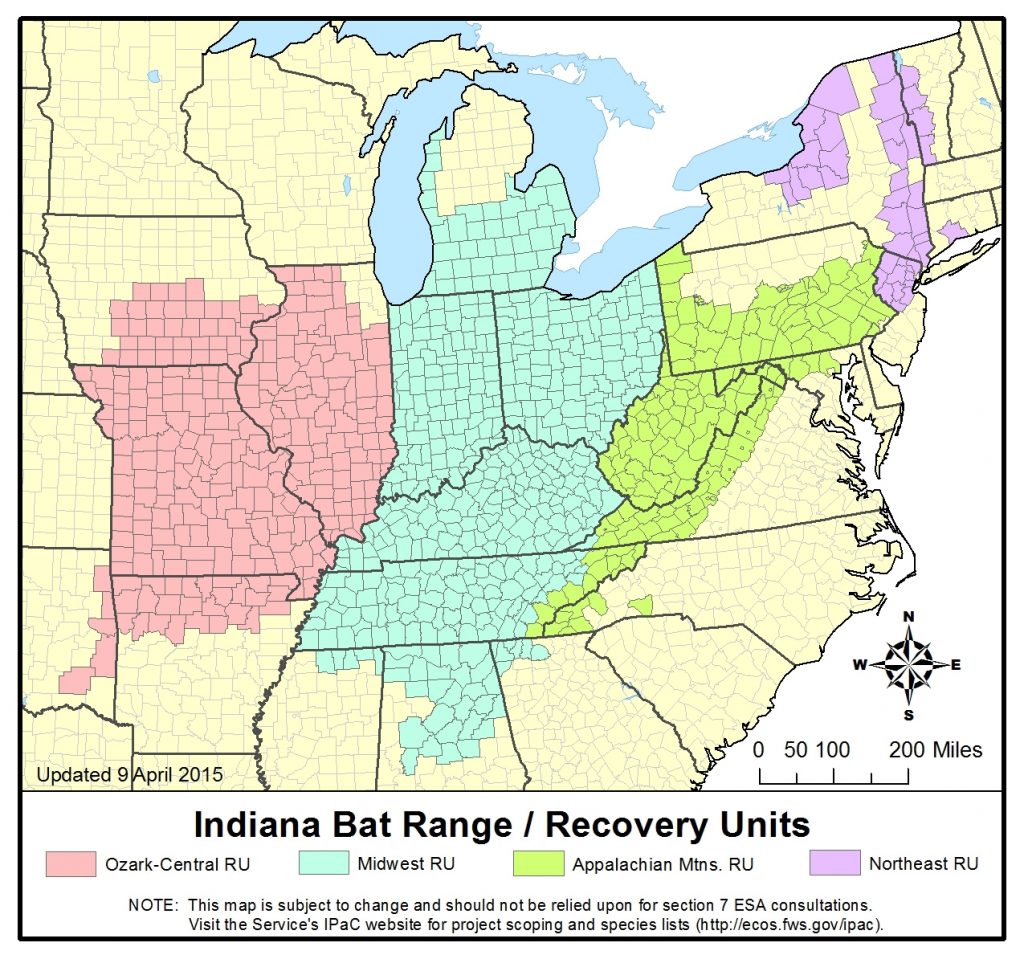 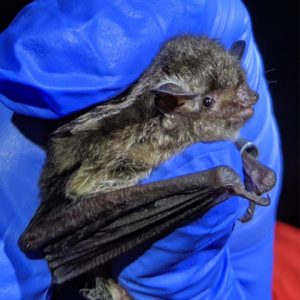 Indiana bats are tiny endangered bats that dwell in caves and eat flying insects. The Indiana bat, or Myotis sodalis, weigh only a quarter of an ounce, are covered in dark brown fur and have a wingspan of roughly 10 inches. During the summer, they live under peeling bark or broken snags of trees, while they eat incredible amounts of insect pests to create fat stores for hibernation. Also, they birth and raise their young during these warm summer months.

Although a tiny creature, the Indiana bat would historically hibernate in caves with as many as 50,000 individuals! This dense grouping during a period of vulnerability has led to devastating effects on population size from people disturbing them in caves, thus forcing bats outside to freeze to death. As a result, the Indiana bat was listed as Endangered in 1967 by the American government due to the alarming death rates by caving, summer habit loss, pesticides, and now more recently, white-nose syndrome.

Northern Long-Eared bats are small threatened bats that also dwell in caves and eat flying insects. The Northern Long-Eared bat, or Myotis septentrionalis, is aptly named as their ears are huge compared to other myotis species. They only weigh roughly quarter of an ounce, are covered in light brown fur and have a wingspan of roughly 8 inches. On top of the increased ear sizes, these bats have larger wing surface and longer tails, which increase in flight mobility.

During the summer, they are very flexible in roosting from staying under peeling bark to cave crevices to structures, while they feast on insect pests and raise their young. The Northern Long-Eared bats use a reproductive strategy called delayed fertilization.

Delayed fertilization is when males breed with females in fall, the females store the sperm through the winter and fertilizer themselves in the spring to increase chances of living during hibernation without the additional pressure of pregnancy. However due to the extensive declines (sometimes more than 90% of a colony) from the white-nose syndrome, the Northern Long-Eared bat was listed as Threatened in 2015. 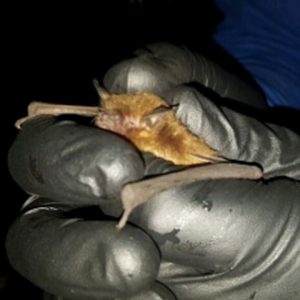 Gray bats are medium endangered bats that live in caves all year round and eat insects around water bodies. The Gray bat, or Myotis grisescens, are distinguished by their gray fur after their summer molt and that their wing membrane connects not to their toe like other myotis species, but their ankle. They weigh about half of an ounce, but have relatively short forearms of roughly 40 mm. Gray bats have one offspring per year. The young cling to mothers for their first 30 days, but can be dislodged and fall to their death if caves are disturbed.

Gray bats are located to limestone karst areas in the eastern United States. Due to their hibernating in huge numbers in just a few caves and human impact from flooding for reservoirs, the Gray bat was listed as Endangered in 1976. 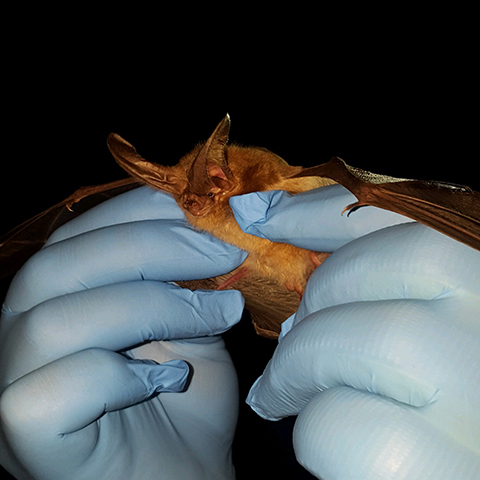 Virginia Big-Eared bats are medium bats who have big ears and a distinctive nose. The Virginia Big-Eared bat, or corynorhinus townsendii virginianus, weigh half of an ounce, are covered in light to dark brown fur and has a body that is appropriately 4 inches in length.

These bats feed primarily on moths in open pastures or forest canopies. As cave dwellers, females gather in late spring to form maternity colonies to give birth to their single pup. These pups take three weeks before they can fly and are self-sufficient by 8 weeks. The Virginia Big-Eared bats are not migratory in nature and found exclusively in limestone caves.

As a result, they are extremely susceptible to human disturbances, which causes them to flee and die either during their hibernation period or the first 3 weeks of a pup’s life. The Virginia Big-Eared bat was listed as Endangered in 1979 due to the alarming death rates by spelunking from 1950s through the 1980s as well as habitat destruction. 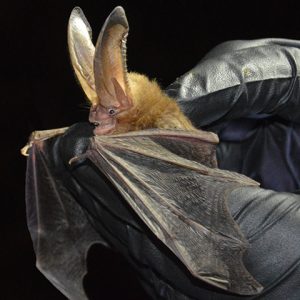 Ozark Big-Eared bats are endangered medium-sized bats that dwell in caves year-round within the Ozark Highlands and NE Oklahoma/NW Arkansas. The Ozark Big-Eared bat, or Corynorhinus townsendii ingens, weigh roughly quarter of an ounce, are covered in light to dark brown fur and have a wingspan of roughly 12.5 inches. On top of the increased ear sizes, these bats have distinctive lumps on either side of their face.

Delayed fertilization is when males breed with females in fall and winter, the females store the sperm through the winter and fertilizer themselves in the spring and move into a maternity colony for the summer. Due to small population size, limited distribution and vulnerability due to spelunking, the Ozark Big-Eared bat was listed as Endangered in 1979. 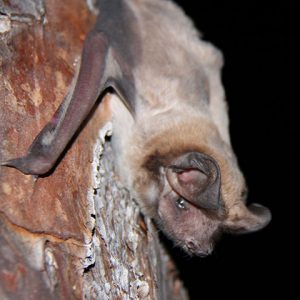 Florida bonneted bats or the Florida mastiff bat, Eumops floridanus, is the rarest and largest insectivore bat in the continental United States. These large endangered bats can grow to almost 7 inches long and have a wingspan if 20 inches. The Florida bonneted bats gets its name from a forehead ridge extending across like a hat.

These bats are found in only southern Florida and have bicolored fur, white at the base and brown on the tips. The Florida bonneted bats roosts in palm trees, hollow stumps or even man-made structures as well as active year-round, which means females do not have a standard pregnancy period like more northern bats. Due to extremely small population numbers, maybe only a few thousand total, from habitat loss, these bats were listed as Endangered in 2013.

Calendar of Endangered and Threatened Bats

Tell Us About Your Bat Survey Project